Output signals produced by temperature measurement sensors require conditioning to convert them to a form that can be used for further processing. Signal conditioning consists of:


While conditioning is essential to measurement precision, accuracy is also dependent on factors such as sensor construction and signal transmission. Impurities in the metal of sensing devices can result in temperature gradients that introduce error, and the transmission distance can affect the quality of the signal. In addition, the attributes of the measurement sensor as well as the method used for transmission can play a role in the characteristics of the signal. 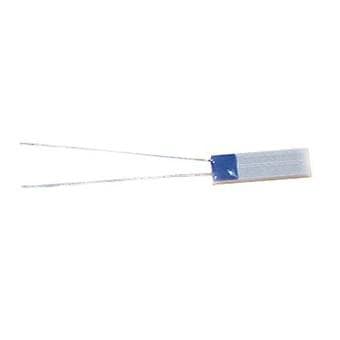 Most temperature sensing devices exhibit a degree of nonlinearity. Each has a different mode of operation and its own unique signal conditioning requirements. Thermocouples operate on the Seebeck Effect, which occurs when two dissimilar metals are joined at one end and remain open at the other, creating a voltage at the open circuit. The voltage is a direct function of the temperature difference between the junction of the metals and the point measured on the metals. The Seebeck voltage depends on the composition of the thermocouple. The outputs are nonlinear to the temperature measurements, and each type of thermocouple exhibits its own distinctive nonlinearity. Additionally, calibration curves indicate that the nonlinearity of thermocouples results in increased error over a wider temperature range.

An RTD is constructed of a metal, such as copper or platinum, which increases in resistance with increasing temperature. They may be either wire wound or thin film. Wire wound RTDs consist of wire coiled around a cylindrical ceramic or glass insulator. Thin film sensors have a film of material applied to a ceramic insulator which is trimmed until the resistance is the preferred value. The resistance versus temperature curve of an RTD is nonlinear. In cases where the measurement range is narrow, the nonlinearity may possibly be ignored. Over a range from 0 to 1000°C, RTDs have an accuracy of ±0.5 to 1°C.

Infrared temperature sensors measure temperature by focusing the amount of infrared radiation emitted from an object onto sensors, which convert it to an electrical signal. The amount of infrared energy emitted from an object is directly proportional to its temperature. Since the sensor is not in contact with the process being measured, infrared sensors are useful for very high temperature applications where other types of sensors cannot live, or for moving processes such as food cooking on a conveyor belt. 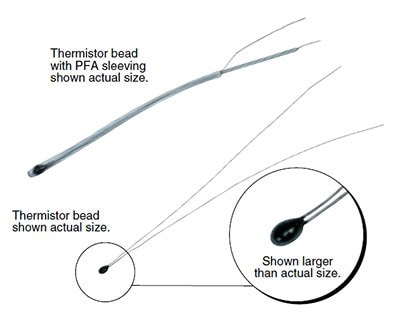 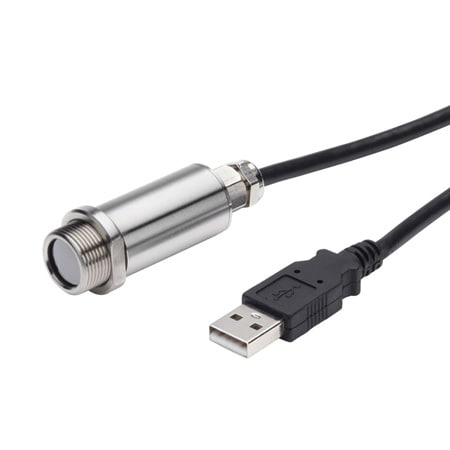 Analog transmission uses a continuous signal which varies with amplitude to convey information. It is most often used with standard process signals such as 4 to 20 mA, 0 to 10V and 0 to 1V. The 4 to 20 mA range is the most commonly used as it can travel the longest distance without degradation and is relatively immune to external noise signals. It is frequently employed as a process variable for temperature sensor output. Once the transmitter receives the native output from the sensor, it linearizes the signal based on the calibration curve for the specific type of sensor. It then converts the linearized voltage to the 4 to 20 mA current signal. The signal can then be further processed by a recording device or controller. Thermocouples and RTDs produce low millivolt signals that are susceptible to interference. The 4 to 20 mA signal is much more robust and capable of being transmitted over a long distance without interference from noise. In addition, the use of the 4 mA variable for the lowest value makes it easy to distinguish transmitter failure from a legitimate signal.

Ethernet is another form of differential high speed serial transmission that supports up to 1 GB/second transmission. It usually requires a dedicated controller and is used extensively for industrial, commercial and home applications and forms the basis for today’s internet communications. Different encoding schemes are used to allow the actual measurement information to be transmitted between machines or in some cases globally using the internet infrastructure. TCP/IP is one protocol widely used within Ethernet systems, providing assured data transmissions between two devices and Ethernet connections are supported with a wide number for encryption mechanism to ensure data security. 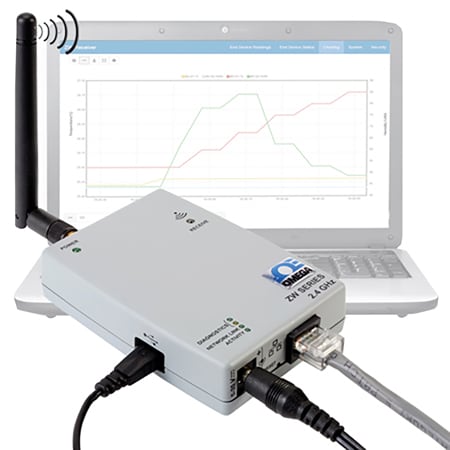 Nonlinear temperature sensing devices require that signals be conditioned for linearization and error compensation. In addition, the low millivolt output of thermocouples and RTDs must be compensated for by amplification. The accuracy of the signal is also dependent upon the transmission. Conversion of the sensor output to a 4 to 20 mA process output provides a more robust signal capable of being transmitted over long distances with little interference. Digital and Ethernet transmission provide signal transfer over greater distances and at higher rates. 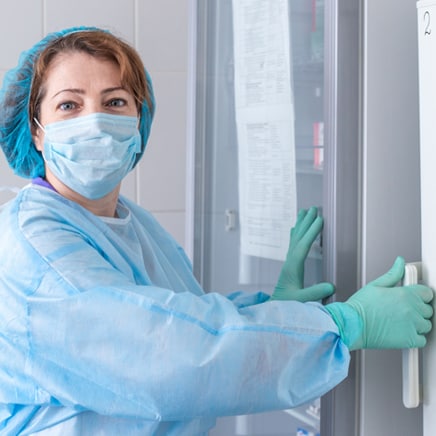 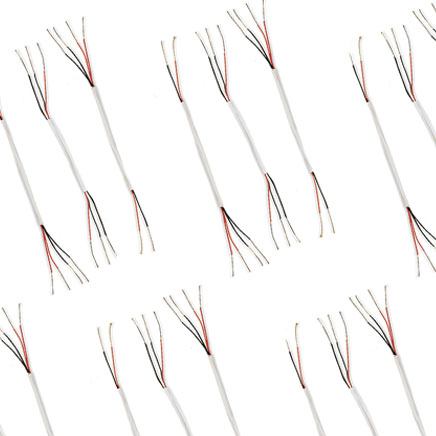