We have discussed at length about the DAQ system and their specifics. Let’s discuss the different benefits of using a Data Acquisition device for measurements.

The first and foremost benefit is that you are using a measurement system adopted worldwide. The ability of a DAQ device to connect with different sensors and work in tandem with modern computers makes it a prime choice for engineers, researchers, and scientists who are looking to get reliable data on their tests.

DAQ systems are available as all-in-one measuring systems which have multiple measuring modes capable of measuring multiple properties. They are also made as single-purpose devices that can measure only a single property.

One of the defining features of a DAQ system is documentation capability. You can perform a varied set of tests one after the other without writing down the results and without the fear of losing the readings as they get automatically recorded on the computer.

When you buy a DAQ system that is capable of measuring multiple properties of a subject, you are eliminating many standalone devices. This brings down the overall cost of your test setup.

The data collected through a DAQ system is stored on the computer and is processed or analyzed based on the convenience of the user. Also, having a computer makes it easy to transfer the data to other devices.

DAQ systems are utilized across a varied set of industries. Let us discuss some of them to fully understand the versatility of these computer-based measurement systems.

Electronics: One among the prime examples of industries where DAQ implementation is prevalent is in electronics. The DAQ systems are used to test different variables involved in the design of electronics such as heat production, conductivity, resistance, magnetics, and more.

Automotive Industry: DAQ devices are a common sight in automotive manufacturing units to test the quality of the manufactured parts.

Sonar – Radar: Testing remote sensing technologies like radar and sonar to calculate their efficiency and effectiveness.

Industrial Machines: Industrial machines are developed to perform a process multiple time, hence, repeatability is of critical importance. DAQ is often used here to test the machines for their tolerance to repetitive forces.

DAQ or Data Acquisition has evolved over the years and is capable of measuring and testing different properties of a physical or electrical phenomenon. Thanks to the timely updates that these systems have garnered in both hardware and software departments. Quality testing is more important than ever before, and with DAQ systems, you can ensure that every engineered product or process is working, in a way it is supposed to work. 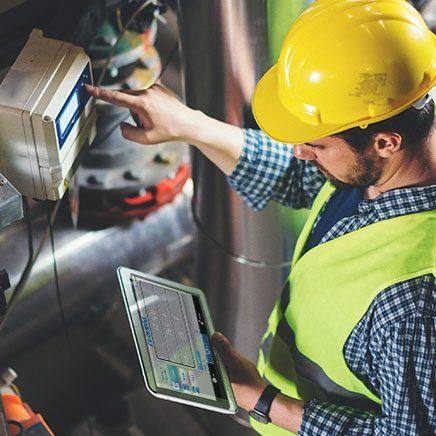