The project, known as LCLS-II, will significantly increase the power and capacity of the laser—making it 10,000 times brighter on average than SLAC’s existing laser, the Linac Coherent Light Source (LCLS), and able to fire 8,000 times faster.

Like the existing laser, the LCLS-II uses electrons that fly through a series of magnets, called undulators. The undulators force the electrons to travel a zigzag path and give off energy in the form of X-rays. The LCLS-II is comprised of two separate beamlines with one a chain of 21 lower-energy “soft” x-ray undulators, each with 346 magnets, and 32 higher-energy “hard” x-ray undulator segments, each with 518 magnets.

The “hard” x-ray beamline utilizes a unique horizontal gap undulator developed by Argonne National Laboratory that uses 144 special springs to counterbalance the magnetic forces developed as the gap between the two magnetic arrays gets smaller. Keeping the magnet forces balanced with the spring forces is critical to the performance of the undulator.

Yet, after ordering a handful of off-the-shelf load cells to test in their undulators, the engineers at Berkeley Labs discovered they didn’t quite fit as needed. In any big engineering project, even small changes can have a trickle-down effect, delaying project timelines and contributing to budget overruns.

Knowing that making modifications to the load cell rather than attempting to modify other aspects of the undulators would be the most cost-effective and timely solution, Berkeley Labs reached out to OMEGA, the manufacturer of the load cells, to see if they could help meet their needs while also keeping the project timeline on track.

A Customization Process Laser-Focused on Meeting Customers Unique Requirements
When DeMello initially contacted OMEGA, he knew they needed to modify some of the screws holding the device together so that they would be flush rather than protruding. However, as he worked with OMEGA’s engineers to make this modification, other adjustments also cropped up. “We realized we needed a bigger thread size,” said DeMello. “We didn’t want the screws to pull out, so that was important.” They also needed a connector on the end of the load cells that could connect a lead to their D-9 connector on an existing display set-up.

OMEGA manufactures most of its products in-house. This allowed the company to not only tap its in-house design and application engineering expertise to help with customizing a standard product, but also allowed OMEGA to remain flexible as the design evolved. And because they build products from the ground-up, even significant design changes, such as adding a connector to the end of the load cells, were possible.

“It was nice to find a vendor that was willing to make a custom piece so easily,” said DeMello.

Throughout the customization process, OMEGA’s application and design engineers worked closely together with engineers at Berkeley Labs to get the modifications right. In addition to sending control drawings to the customer, which Berkeley Labs could redline and request additional changes to, OMEGA also sent a senior engineer to visit Berkeley Labs to look at the undulator they were building and how the load cells would fit into the design.

As the design process evolved, OMEGA delivered prototypes to Berkeley Labs to ensure that the modifications were exactly right. Then, once the design was finalized, OMEGA mapped out a production schedule that would meet Berkeley Lab's project timeline.

In-House Customization Hits All Targets
With the need for over 400 customized load cells, it was critical that the load cells not only be modified to fit into the undulators exactly as specified, but that they could be produced, shipped, and installed without impacting the overall project timeline.

Once the design was complete and the orders for the customized load cells were placed, OMEGA was able to produce and ship initial orders in just over 30 days, helping to keep overall project timelines on track. Additionally, Berkeley Labs now has a specific part number that will be supported by OMEGA as far into the future as needed. This gives them the assurance that they’ll be able to easily get replacement parts on an as-needed basis and limits the amount of safety stock they need to keep on their own shelves.

Once completed, the customized load cells will play a small, but important supporting role in powering a laser with unrivaled capabilities to capture detailed snapshots of rapid processes that go beyond the reach of other light sources. With these observations captured, scientists will be able to better understand the dynamics of crucial chemical reactions that could hold the key for discoveries of life-saving drugs or innovative energy solutions.

Need measurement or sensing help with your unique application?
Contact OMEGA today to learn more about our sensing solutions that can address your unique business needs. 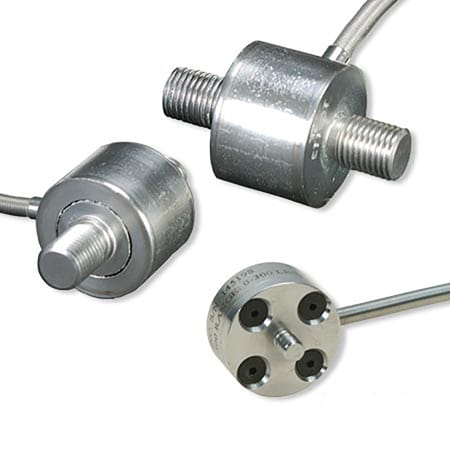