To produce the high-quality, great-tasting beer all brewers aim for, clean and well-maintained brewing equipment is of the upmost importance. As such, it is essential that the various tanks and pipes that make up a brewing system are regularly and meticulously cleaned. While in the past cleaning was done manually, many breweries today – from large-scale, commercial operations to small-sized, independent craft breweries – use automated Clean in Place (CIP) processes to clean and maintain their equipment.

Why Use a CIP System?

The advantage of an automated CIP system is that once a robust and effective cleaning process has been established, it is easy, with adequate verification checks in place to ensure consistency, to repeat the process. And because the most critical components of a successful cleaning process are temperature of cleaning agents and time of their exposure to equipment, temperature verification is a major focus for all breweries when it comes to the cleaning of equipment.

How to Accurately Monitor Temperature During the CIP Process

To accurately monitor the temperature of cleaning agents at various points within a brewing system during the CIP process, brewers rely on temperature sensors – which help regulate the process by detecting when the return temperature of the cleaning agent has reached the desired set point so that timers can be initiated. Thermocouples and RTDs are commonly used, but these types of immersion sensors are not ideal for brewing systems. While highly accurate, they are invasive: these sensors require the installation of sensor probes or protective thermowells and need direct contact with the cleaning agent to measure temperature.

For brewing systems, these invasive, in-pipe sensors can be problematic for several reasons. For one, immersion sensors require a costly installation process, shutting down your system and causing unwanted downtime. And, once a sensor is installed at a particular location within the system, it cannot be relocated without another lengthy and costly installation process. So, if a sensor is used at one location within a system during the beer brewing process, but temperature monitoring is needed at a different location within the same system during the CIP process, the brewery would be forced to install two separate sensors – one at the beer processing location and one at the cleaning agent location. In addition, immersion sensors also present risks to your beer: their sensor probes and thermowells can cause contamination as well as unwanted turbulence and carbonation within the system.

Brewers have traditionally put up with these problematic immersion sensors because of their high accuracy. There simply was no other option – and temperature monitoring is that important when it comes to cleaning and sanitizing equipment. But now, with Omega’s new HANI High Accuracy, Non-Invasive Clamp Temperature Sensor, brewers do have an option. The HANI, which uses multiple sensors and a proprietary algorithm, is as accurate as invasive, immersion sensors, but requires none of the installation cost or downtime. That’s because the HANI Clamp Temperature Sensor literally installs in seconds – it can be attached to a desired pipe by hand and starts measuring temperature immediately.

Brewers are discovering that the versatility the HANI sensor provides allows for even more control over the regulation of the CIP processes for their systems.

Click here to check out an in-depth dive into how Southern Tier Brewing Company has implemented the HANI Clamp Temperature Sensor into the sanitization CIP process of their carbon filtration tank. 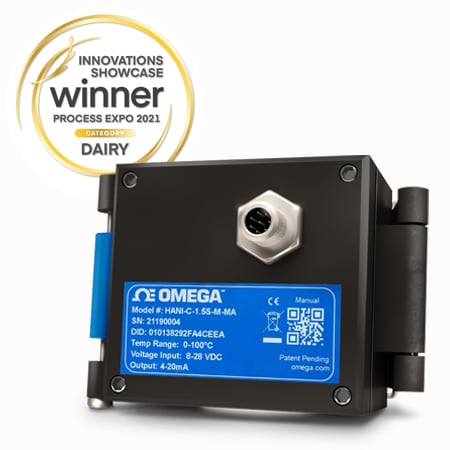 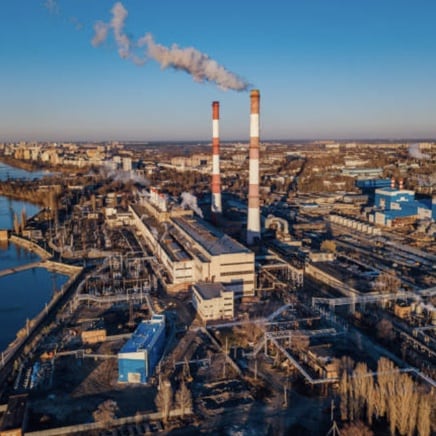 Problem solver in the field 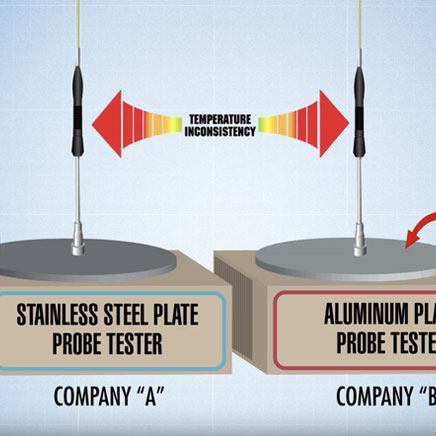 Why is it so difficult to calibrate a surface probe?