What are Nanosensors? How and Where are They Used?

Imagine needing to measure the temperature of individual living cells. Given that a cell is around 0.010 mm (0.00004") in size, the thermocouple wires (if that was the method chosen) would need to be less than a micron in diameter. This is the realm of nanosensors.

This OMEGA Engineering White Paper defines nanotechnology and discusses how it is enabling new types of sensors. It addresses the new measurement applications these sensors are opening up and highlights the benefits of using compact sensors. Particular emphasis is placed on the measurement of temperature with compact thermocouples. While few engineers need to work at the nano scale, the lessons are applicable across many fields.

“Nano” refers to objects measured in nanometers, or billionths of a meter. To put that in perspective a sheet of paper is about 100,000 nanometers thick and a strand of blonde hair measures around 30,000 nanometers. At this scale surface area has a larger effect on material behavior than it does for larger objects. As a result, properties like conductivity, reflectivity and magnetism change when compared to larger bodies.

Harnessing these rather special properties is seen as holding great potential for improving health care and developing novel and high performance materials. To catalyze work in these fields the Federal Government launched the National Nanotechnology Initiative (NNI). This program funds work on nanotechnology research.

A subset of this effort, a “Nanotechnology Signature Initiative” (NSI) is the development of nanosensors. This refers not to the size of the sensor (although some may be of the nano-scale) but rather signifies that the sensor can operate at the nano scale. An example is the detection of nano-sized airborne contaminants.

The expectation is that these sensors will provide, “... new solutions in physical, chemical, and biological sensing that enable increased detection sensitivity, specificity, and multiplexing capability in portable devices for a wide variety of health, safety, and environmental assessments.” As an NSI paper notes, “... new high-performance nanosensors have already demonstrated rapid response and increased sensitivity at reduced size.” 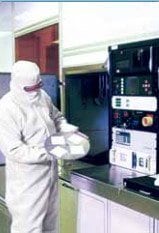 Nanosensors have applications in defense, the medical and healthcare world and consumer products. Here are some examples:

Detecting airborne chemicals: These sensors harness the change in electrical conductivity that occurs when molecules bond to nanowires made from semiconducting materials such as zinc oxide. One application is detecting excess levels of carbon monoxide.

Detecting bacteria and viruses: These also utilize changes in electrical conductivity, in this case that of carbon nanotubes to which an antibody is bonded. When a matching bacteria or virus attaches to the antibody a change in conductivity can be measured.

Measuring the temperature of living cells: Researchers at the Universities of Princeton and California-Berkeley developed “nano thermometers” that could be inserted into individual cells. Rather than use conventional thermocouple wires, their technique employs semiconductor crystals that change color as the temperature changes. On a larger scale, scientists regularly use fine gage thermocouples to measure temperatures in ex vivo tissues, as when investigating the heating effects of ultrasound.

Measuring temperature of nanofluids: Heat management is a growing issue, especially in electronics, and research is underway to develop nanofluids with superior thermal conductivity characteristics. In this case sensors are needed to measure these “nano” effects.

Reducing the size of a sensor has many benefits:

Trying to measure a small phenomenon with a relatively large tool results in a poor signal-to-noise ratio [imagine measuring the diameter of a fine wire with a 30. 5 cm (12") ruler]. Scaling the sensor to the feature being measured improves data quality.

Data quality is also improved through more precise placement of the sensor. In the case of a thermocouple, one made from fine gage wire can often be put closer to the heat source or desired location.

Shrinking the size of the measurement sensor (in this case, a thermocouple) means more can be used in a given area. That increases the spatial density of data acquired, allowing more precise tracking of effects such as heat flow.

In many situations, especially when very small quantities are being measured or precise measurements are made, the influence of the sensor on the phenomenon becomes a problem. An accelerometer adds mass to a system of movement, potentially changing the results, and a thermocouple can do the same by conducting heat away from the measurement location. The same applies when measuring temperature of a moving fluid; a larger thermocouple creates a bigger disturbance in the flow. These examples all illustrate the benefits of minimizing sensor size and mass. 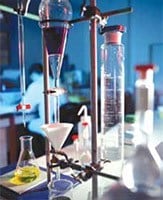 Nanotechnology is a very active research field, and one with particular implications for sensor technology. Nano-materials, both solids and fluids, are enabling the development of new products, including compact sensors that can be incorporated into a wide variety of devices. However, this also drives a need for the ability to sense at the nano-scale, as when measuring temperature changes.

Compact measurement devices, such as fine gage bare wire thermocouples, offer the ability to improve both the density and quality of data harvested. Shrinking the thermocouple provides faster response, reduces the impact on the phenomenon being studied, and enables more such devices to be incorporated in a given area. With Federal funds supporting nanotechnology work, continued growth in nanoscale measurement applications is assured.

Jump to Section
Related articles to: What are Nanosensors? How and Where are They Used?
Technical Learning 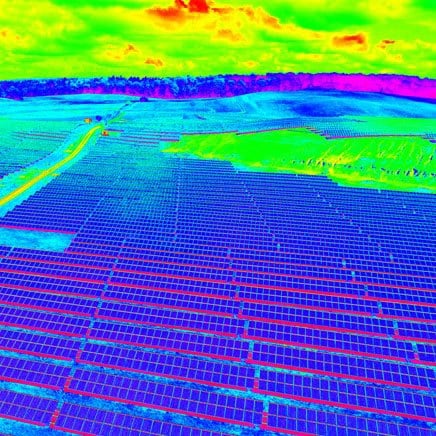 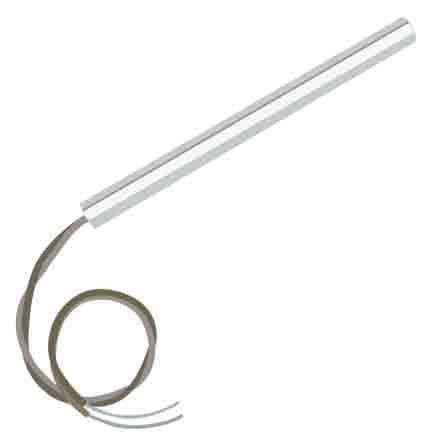 What are the Applications of a Cartridge Heater?