Data loggers are instruments that monitor and record changes in conditions over time. They can be single, stand-alone units or consist of multiple channels. Most stand-alone units are battery-powered, allowing them to record while in transit and for extended periods of time. Data loggers are equipped with sensors capable of detecting a variety of input signals, including:

Contemporary models usually interface with computers to download data where it can be analyzed. Specialized software simplifies data organization and offers exporting as well as printing capabilities.

The ability to monitor and capture data is crucial in industries such as pharmaceuticals and food processing. Data loggers are used to verify temperature and humidity levels of storage and transportation facilities. They also provide building maintenance information on heating, ventilation and air conditioning operation to assist with energy conservation. Data loggers may be buried in the soil or exposed to the elements to monitor growing conditions in the agricultural industry. Some can be programmed to send an e-mail if the temperature exceeds an acceptable limit in a server room.

There are numerous types of data loggers, each designed to carry out a specific function. Understanding the principles of how they operate is vitally important when selecting a data logger for your application. For example, state, event and pulse data loggers carry out similar tasks but differ significantly in operation.

State data logging is used to monitor and record the duration of an occurrence. These devices monitor continuously and record the time at which a state change takes place. For example, a door open data logger, used to record traffic, would collect the data points shown in Figure 1. In the first state change, it would record the time the door opened at 10:15:00 a.m. and the time it closed at 10:15:03 am. From this information, the operator can determine that the door was open for three seconds. Similarly, in the second state change, the time the door opened would be recorded at 11:22:02 a.m. and the closing time at 11:22:07 a.m. The time the door was open can then be calculated as five seconds.

State data loggers are used in a number of industries to collect data for energy-efficiency studies. They are frequently employed to monitor the on/off cycles of HVAC systems and electric pumps. Security systems also incorporate state datalogging devices. 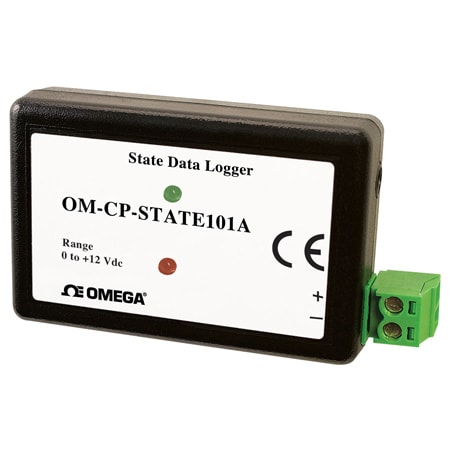 Event data logging devices detect and record the time an event occurs but not the duration. Figure 2 displays the data recorded by the event data logger for a door opening and closing. As shown, the door opens at 9:15:01 a.m., 9:32:00 a.m. and 10:12:25 a.m. These devices are useful in monitoring the number of times the door was opened. They can record a data point every second and do not require a constant signal.

Event data loggers are often used to record the number of hours electrical equipment operates. Manufacturers monitor on/off switching of conveyors and refrigeration units with event data-logging devices. They also interface with other devices such as tipping bucket rain gauges.

The OM-CP-EVENT101A data logger detects and records the initial data point of an occurrence. The device is battery operated, and its small size makes it ideal for monitoring in the field. Data can be downloaded to a computer in tabular or graphical formats. Free firmware upgrades are included for the life of the device. The OM-CP-EVENT101A features memory wraparound and delayed start mode configurable up to 18 months.

Pulse data logging devices report the number of pulses that occur within a specific time period. The pulses are usually not time-stamped but rather collected into sets of data based on the time they occurred. The data collected by a pulse data logger for traffic through a door is shown in Figure 3. Between 1:25 p.m. and 1:26 p.m., the door opened three times. It opened once between 2:30 p.m. and 2:31 p.m. and twice between 3:10 p.m. and 3:11 p.m. Pulses must be 1 millisecond in duration and 10 ms apart to be detected.

Pulse data loggers are most often used for applications where the pulses occur too rapidly to be detected by event or state data loggers. They are commonly used to measure signals produced by flow meters or revolution counters.

The OM-CP-PULSE101A data logger detects pulse and contact closure signals. The device can store defined units of measure, scaling and offset values. The OM-CP-PULSE101A time-stamps all data and provides optional password protection. Its solid-state memory ensures that data is protected even if the battery is depleted.

State, event and pulse data loggers provide a variety of monitoring solutions for researchers, technicians and industry professionals. These devices are portable and provide flexibility for field applications. In addition, they offer a much more economical alternative for data acquisition than paper charting. 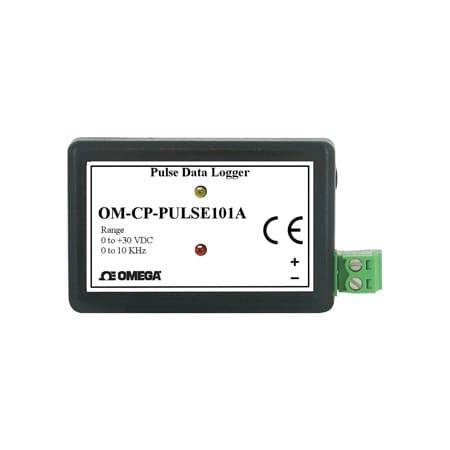 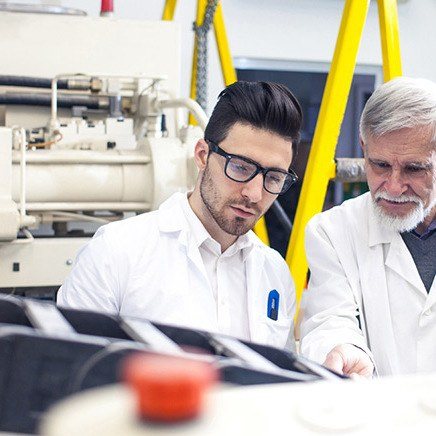 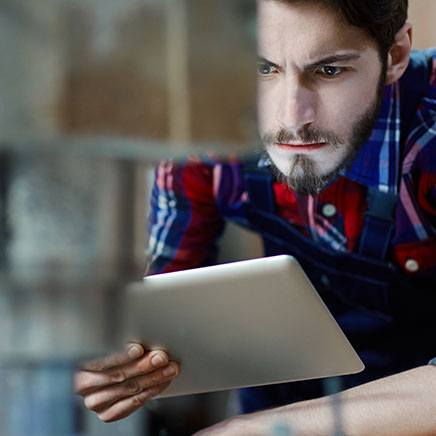