Pressure transducers can come in a number of shapes and sizes, but the majority of transducers have a cylinder-shaped center which houses the diaphragm and the measurement pressure chamber, a pressure port at one end which is typically a threaded, bolted, barbed fitted, or open, and on the other end a location for signal transmission.

Mechanical methods for pressure measurement have been known for centuries. U-tube manometers were among the first pressure indicators. Originally, these tubes were made of glass, and scales were added to them as needed. But manometers are large, cumbersome, and not well suited for integration into automatic control loops. Therefore, manometers are usually found in the laboratory or used as local indicators. Depending on the reference pressure used, they could indicate absolute, gauge, and differential pressure.

"Gauge" pressure is defined relative to atmospheric conditions. In those parts of the world that continue to use English units, gauge pressure is indicated by adding a "g" to the units descriptor. Therefore, the pressure unit "pounds per square inch gauge" is abbreviated psig. When using SI units, it is proper to add "gauge" to the units used, such as "Pa gauge." When the measurement of the pressure is in absolute units, the reference is full vacuum and the abbreviation for "pounds per square inch absolute" is psia.

Often, the terms pressure gauge, sensor, transducer, and transmitter are used interchangeably. The term pressure gauge usually refers to a self-contained indicator that converts the detected process pressure into the mechanical motion of a pointer. A pressure transducer might combine the sensor element of a gauge with a mechanical-to-electrical or mechanical-to-pneumatic converter and a power supply. A pressure transmitter is a standardized pressure measurement package consisting of three basic components: a pressure transducer, its power supply, and a signal conditioner/retransmitter that converts the transducer signal into a standardized output.
Pressure transmitters can send the pressure measurement of interest using an analog pneumatic (3-15 psig), analog electronic (4-20 mA dc), or digital electronic signal. When transducers are directly interfaced with digital data acquisition systems and are located at some distance from the data acquisition hardware, high output voltage signals are preferred. These signals must be protected against both electromagnetic and radio frequency interference (EMI/RFI) when traveling longer distances.
Pressure transducer performance-related terms also require definition. Transducer accuracy refers to the degree of conformity of the measured pressure value to an accepted standard. It is usually expressed as a percentage of either the full scale or of the actual reading of the instrument. In case of percent-full-scale devices, error increases as the absolute value of the measurement drops. Repeatability refers to the closeness of agreement among a number of consecutive pressure measurements of the same variable. Linearity is a measure of how well the transducer output increases linearly with increasing pressure. Hysteresis error describes the phenomenon whereby the same process pressure results in different output signals depending upon whether the pressure is approached from a lower or higher pressure.

From Mechanical to Electronic


The first pressure gauges used flexible elements as sensors. As pressure changed, the flexible element moved, and this motion was used to rotate a pointer in front of a dial. In these mechanical pressure sensors, a Bourdon tube, a diaphragm, or a bellows element detected the process pressure and caused a corresponding movement.
A Bourdon tube is C-shaped and has an oval cross-section with one end of the tube connected to the process pressure (Figure 3-1A). The other end is sealed and connected to the pointer or transmitter mechanism. To increase their sensitivity, Bourdon tube elements can be extended into spirals or helical coils (Figures 3-1B and 3-1C). This increases their effective angular length and therefore increases the movement at their tip, which in turn increases the resolution of the transducer.

The family of flexible pressure sensor elements also includes the bellows and the diaphragms (Figure 3-2). Diaphragms are popular because they require less space and because the motion (or force) they produce is sufficient for operating electronic transducers. They also are available in a wide range of materials for pressure measurement in corrosive service applications.
After the 1920s, automatic control systems evolved, and by the 1950s pressure transmitters and centralized control rooms were commonplace. Therefore, the free end of a Bourdon tube (bellows or diaphragm) no longer had to be connected to a local pointer, but served to convert a process pressure into a transmitted (electrical or pneumatic) signal. At first, the mechanical linkage was connected to a pneumatic pressure transmitter, which usually generated a 3-15 psig output signal for transmission over distances of several hundred feet, or even farther with booster repeaters. Later, as solid state electronics matured and transmission distances increased, pressure transmitters became electronic. The early designs generated dc voltage outputs (10-50 mV; 1-5 V; 0-100 mV), but later were standardized as 4-20 mA dc current output signals.
Because of the inherent limitations of mechanical motion-balance devices, first the force-balance and later the solid state pressure transducer were introduced. The first unbonded-wire strain gauges were introduced in the late 1930s. In this device, the wire filament is attached to a structure under strain, and the resistance in the strained wire is measured. This design was inherently unstable and could not maintain calibration. There also were problems with degradation of the bond between the wire filament and the diaphragm, and with hysteresis caused by thermoelastic strain in the wire.

The search for improved sensor for strain and pressure measurements first resulted in the introduction of bonded thin-film and finally diffused semiconductor strain gauges. These were first developed for the automotive industry, but shortly thereafter moved into the general field of pressure measurement and transmission in all industrial and scientific applications. Semiconductor pressure sensors are sensitive, inexpensive, accurate and repeatable. (For more details on strain gauge operation, see Chapter 2.)
Many pneumatic pressure transmitters are still in operation, particularly in the petrochemical industry. But as control systems continue to become more centralized and computerized, these devices have been replaced by analog electronic and, more recently, digital electronic transmitters. 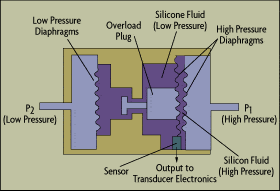 Figure 3 provides an overall orientation to the scientist or engineer who might be faced with the task of selecting a pressure detector from among the many designs available. This table shows the ranges of vacuums and pressure measurement that various sensor types are capable of detecting and the types of internal references (vacuum or atmospheric pressure) used, if any.
Because electronic pressure these types of transducers are of greatest utility for industrial and laboratory data acquisition and control applications, the operating principles and pros and cons of each of these is further elaborated in this section.

Here are brief descriptions of the different types of pressure transducers available, including the operating principles and pros and cons of each. 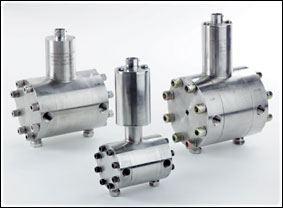 Capacitance pressure transducers are widespread in part because of their wide rangeability, from high vacuums in the micron range to 10,000 psig (70 MPa). Differential pressures as low as 0.01 inches of water can readily be measured. And, compared with strain gage transducers, they do not drift much. Better designs are available that are accurate to within 0.1% of reading or 0.01% of full scale. A typical temperature effect is 0.25% of full scale per 1000¡ F. 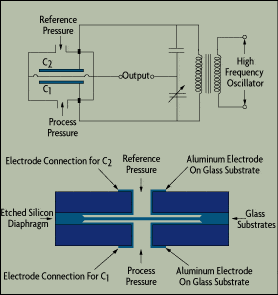 Capacitance-type sensors are often used as secondary standards, especially in low-differential and low-absolute pressure applications. They also are quite responsive, because the distance the diaphragm must physically travel is only a few microns. Newer capacitance pressure transducers are more resistant to corrosion and are less sensitive to stray capacitance and vibration effects that used to cause "reading jitters" in older designs.

Stainless steel is the most common diaphragm material used, but for corrosive service, high-nickel steel alloys, such as Inconel or Hastelloy, give better performance. Tantalum also is used for highly corrosive, high temperature applications. As a special case, silver diaphragms can be used to measure the pressure of chlorine, fluorine, and other halogens in their elemental state.

The potentiometric pressure sensor provides a simple method for obtaining an electronic output from a mechanical pressure gauge. The device consists of a precision potentiometer, whose wiper arm is mechanically linked to a Bourdon or bellows element. The movement of the wiper arm across the potentiometer converts the mechanically detected sensor deflection into a resistance measurement, using a Wheatstone bridge circuit.

The mechanical nature of the linkages connecting the wiper arm to the Bourdon tube, bellows, or diaphragm element introduces unavoidable errors into this type of measurement. Temperature effects cause additional errors because of the differences in thermal expansion coefficients of the metallic components of the system. Errors also will develop due to mechanical wear of the components and of the contacts.

Potentiometric transducers can be made extremely small and installed in very tight quarters, such as inside the housing of a 4.5-in. dial pressure gauge. They also provide a strong output that can be read without additional amplification. This permits them to be used in low power applications. They are also inexpensive. Potentiometric transducers can detect pressures between 5 and 10,000 psig (35 KPa to 70 MPa). Their accuracy is between 0.5% and 1% of full scale, not including drift and the effects of temperature.

The resonant-wire pressure transducer was introduced in the late 1970s. In this design, a wire is gripped by a static member at one end, and by the sensing diaphragm at the other. An oscillator circuit causes the wire to oscillate at its resonant frequency. A change in process pressure changes the wire tension, which in turn changes the resonant frequency of the wire. A digital counter circuit detects the shift. Because this change in frequency can be detected quite precisely, this type of transducer can be used for low differential pressure applications as well as to detect absolute and gauge pressures.

The most significant advantage of the resonant wire pressure transducer is that it generates an inherently digital signal, and therefore can be sent directly to a stable crystal clock in a microprocessor. Limitations include sensitivity to temperature variation, a nonlinear output signal, and some sensitivity to shock and vibration. These limitations typically are minimized by using a microprocessor to compensate for nonlinearities as well as ambient and process temperature variations. 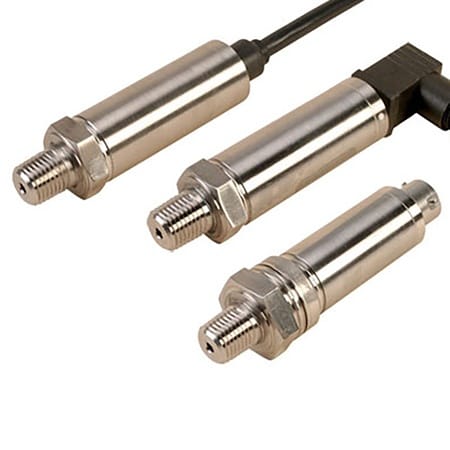 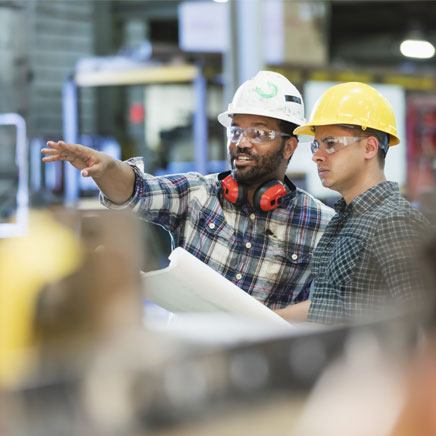 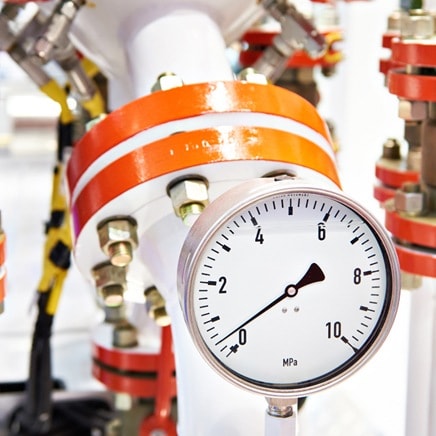